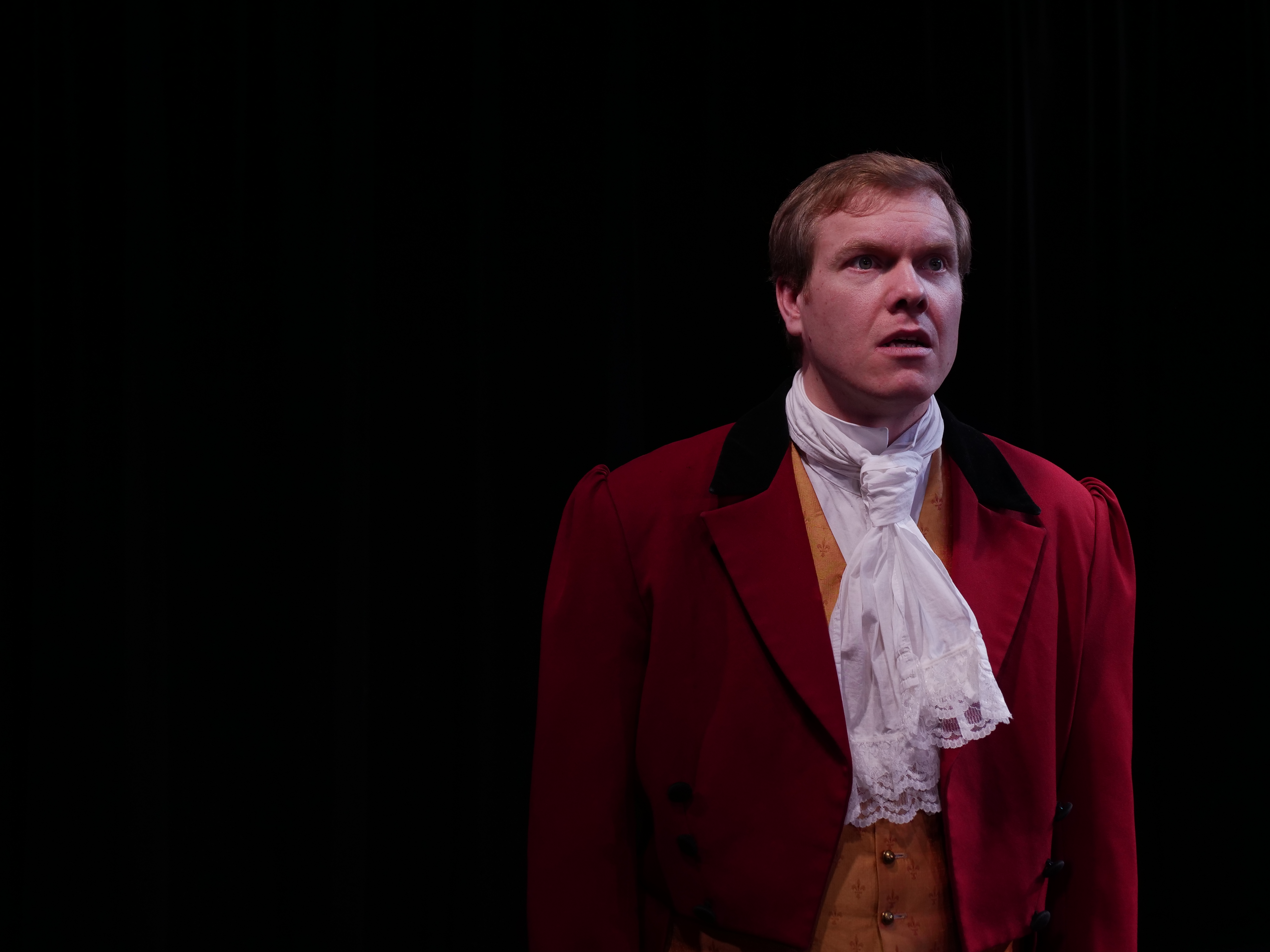 With no set at all except a desk and a chair or two, it was exclusively lighting which created a sense of time and place in this production of Eugene Onegin. The venue had a fixed rig that was almost entirely LED - the entire rig above the stage was ETC ColorSource Pars - and so bold colours were the main focus of the design. Rustic greens and oranges were used for the peasant scenes to give a sense of the crisp autumnal landscape, whilst by contrast lavish golds and reds were used in the palace to set an atmosphere of exuberance and excess. One particular moment of the design which stood out were Tatyana's letter scene, in which a dim, warm front light beautifully accentuated her pale dress and was contrasted with a strong moonlight blue backlight coming from up stage left, casting bold shadows which perfectly created the impression of writing by moonlight through a window.  Act 1 also ended with a very gentle sunset, as the orange warmth of the LEDs faded dimmer, through purple and red, gradually towards the back of the stage, and eventually out, in a series of about seven follow cues. The effect was particularly striking, and suited brilliantly to the gentle musical fading of the act's final piece.

'With lighting designer Will Hayman’s subtle design, the emotional life of key characters was revealed in all its turbulence, exultation and pain'

Production by The People's Opera